In this insightful three-part article, Lionel Marumahoko – an executive coach, leadership speaker and business advisor who specialises in complex transformation growth and new market entry in Africa – discusses some essential lessons every CEO can benefit from through coaching. In this second installment, he interrogates the difference between a ‘good’ CEO and a ‘great’ CEO, drills into some of the most common issues that CEOs struggle with, and suggests how CEOs can lead their organisations to become more future-proof and robust.

A GOOD CEO consistently delivers their main target, which is to increase shareholder value. A good CEO is hard-working, dedicated, motivated, and wants to succeed, but they could be lacking forward vision and some essential leadership skills. We have many good CEOs on the continent, but we need more exceptional ones to lead us on that all-important upward trajectory.

On the other hand, a great CEO not only delivers on results but can develop a pipeline of succession and, effectively, work himself out of a job, leaving a well-oiled system in place that will long outlive their time in the role. It’s not just about talent, their efforts will positively impact crucial stakeholders such as the community of employees and suppliers. 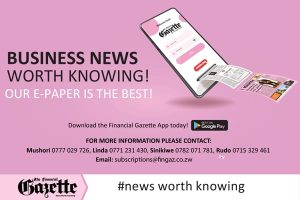 They will build and develop a lasting legacy that breeds ongoing success. It’s about much more than business results. They need to impact everyone that touches the organisation as, ultimately, CEOs are the change agents. Great CEOs need to positively impact the lives of the people who work for them, making them the best they can be, as well as impacting the communities they serve. 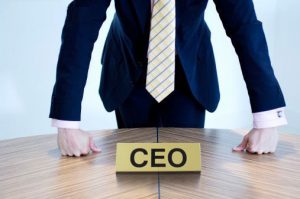 A great CEO will have a bigger-picture awareness when it comes to cultural nuance across the continent.

“Great minds don’t always think alike, but great minds with the same goals will produce better solutions than one alone.”
A great CEO sees the future vision and crafts a great strategy. Not only does the vision have to be realised, but there must also be an ability to get a collective buy-in to the strategy.

A key part of this buy-in is being able to attract, motivate and hold talent. As identified previously, this crisis in employment, where so much of our up-and-coming talent is exported abroad, is a major issue to overcome. Having an attractive proposition in the first instance, not least with the company’s culture, is essential to attracting the right talent to join the ranks. Being a good motivator and incentivising them to stay is another string to a good CEO’s bow, and there is plenty to be coached on that subject niche alone.

Cultural awareness is another important subject that a great CEO will be well versed in. Crucially, they will also be aware that this is a constantly evolving subject that needs a fluid understanding. As well as a general culture that encompasses much of the continent; regions, individual countries, and even specific regions within a particular country can carry with them their own cultural differences, which will always be advantageous to be aware of. A great CEO will have a bigger-picture awareness when it comes to cultural nuance across the continent. That sort of knowledge can be gold dust when conducting business.

Fulfilling the mantle of a great CEO requires tremendous personal drive, and being able to conduct themselves with great humility. Many make the mistake of believing they must have a punchy charisma or be a great speaker. On the contrary, in reality, it’s more about being result-orientated, confronting brutal truths of any situation, and getting the right people on your leadership team.

With all the right pieces in place, it’s now about letting them collectively develop the right strategy. Great minds don’t always think alike, but great minds with the same goals will produce better solutions than one alone. The key point here is to get the right people on the bus before you develop the strategy to drive forward. Let them take ownership of the strategy and put the gears in motion. You can steer when necessary, but ultimately, the team is the driving force and you are in charge of maintaining the vehicle diligently.

In summary, being a great CEO is about building a legacy, and the best legacy you can leave comes from carefully assembling the best team to take the business forward.
The most common issues CEOs struggle with
a Procrastination due to a lack of information.
a A volatile economic landscape.
a Managing stakeholder relations.
a Emotional intelligence.
a Following their predecessor and having big shoes to fill.
a Navigating corporate politics – when you’re a CEO, you’ll be acutely aware that there are always four people behind you that are ready to take your place. It can feel easy to fall off when you’re at the top.

So, why are these the common weaknesses CEOs struggle with? I think they all stem from the fact that CEOs have a general tendency to spiral down negatively due to a slowly eroding lack of confidence.
It’s usually not recognised by themselves either, or at least, not until it’s too late. The fact is, most CEOs don’t have anyone to confide in. They’re at the top of the executive chain and have no-one to look up to, but there’s also a tendency to omit their shortcomings because they don’t want to seem vulnerable.

They always have to keep face and assert the notion that they are strong. Coaches are typically the only people CEOs have to talk to openly, and that in itself is a hugely valuable advantage of having a coach. They are impartial in terms of your job security — if anything, they are invested in seeing you improve and excel. It’s a unique relationship scenario to have at such a high level in business. A friend and confidante at the top is a massive edge that can set you apart from the other players on the field.

How can CEOs lead their organisations to become more future-proof and robust?
Contrary to the view that they should be squeezing every last drop from the workforce, one thing every CEO should be promoting is a work/life balance among the team.

There are numerous studies, and a tonne of anecdotal evidence that suggests a harmonious work/life balance throughout a workforce has one of the greatest positive effects on collective productivity.
Richard Branson’s famous statement: “If you take care of the employees, they’ll take care of the clients” is a gospel truth that should be applied to all modern enterprises. In the same breath, this time regarding personal development, he also went on to say: “Train them well enough so they can leave; treat them well enough so that they don’t want to.”

Every CEO should take heed of these pearls of wisdom.
Employee management aside, CEOs must be constantly pursuing a sharpening of the collective skill-set within the business, not least of themselves. As we move onwards into the digital age, there are constantly emerging trends and opportunities that come with that, which require new skills. Being first to the party can often pay dividends, but if you want to keep up with the competition, you will need to embrace every advantage that comes with modernity, whether it be technological or otherwise. At the very least, you need to be keeping up with the times. However, only pioneers break new ground — it’s that simple.

Forward-thinking in regard to an evolving business strategy is equally important.
A great CEO needs to have a clear understanding of where the industry is going and have the ability to execute a vision so the business is ahead of the curve and in front of its competitors. In the same vein, a leader must grasp the harsh reality that you can’t reach new horizons without being willing to make mistakes and fail. Every new recipe needs a lot of tweaking to get right, but provided you have a wealth of ingredients to work with you are readily equipped to move forward creatively and produce something special.

Finally, a key retrospective aid that will benefit any business is having a barometer structure in place that will enable it to measure and report results. This should be geared towards identifying both successes and areas with room for improvement. Much like a mentor can educate a student of the past, a CEO must encourage an ongoing review of the company’s business operations to identify lessons that can be learned and acted on in real time.

In next week’s third and final installment, Marumahoko concludes with some specific lessons in action, focusing on what he has personally “watched and learned” and goes on to suggest what a CEO should look for in a coach.

Marumahoko is a former C-Suite executive in a Fortune 500 company with business experience spanning over 30 years across Africa, Europe, the USA, and Asia who ‘retired’ in 2018 to devote himself to coaching the next generation of business leaders. He writes in his personal capacity, and can be reached at: info@lionelmarumahokosnr.com