Exquisite Cars has developed into one of the leading auto dealers in the country since its inception 10 years ago.

The dealership, which includes different types of cars, had received plaudits for manner they are servicing the upmarket with brand new and exclusive cars. 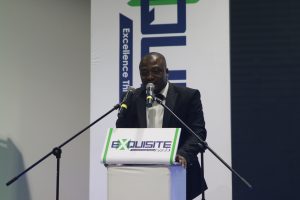 “This dramatic and disruptive dealership… has a lot of promises as it goes against tradition in a number of ways, including putting the customer at the centre and pursuing dynamic, new ways of working, as per leading market trends outside Zimbabwe.

“It is believed the vehicle industry interruption of automotive retailing is just beginning and will accelerate rapidly in the coming years as nimbler players will introduce new business models quickly, thus further reinforcing disruptions in the automotive ecosystem,” Matiyenga said.

His journey in the automobile industry is a captivating story of a young man who had zeal to succeed.

Without any professional qualification, Matiyenga had to follow in his father’s footsteps, who was also in the car-selling industry.

“Naturally as the decision was made at home that I join the old man at his business, I thought that I was going to immediately become the deputy head of the company.

“But alas, he had his own ideas. I wasn’t allowed near customers or to sell cars because the old man said I knew nothing about the automobile industry. He said I needed to learn the ropes from scratch and that meant joining the guys who were responsible for car washing,” he said.

From car washing in 2008, Matiyenga, later became a sales representative, which helped him grow his mindset.

His dream only came true in 2012 when he started accompanying his father to South Africa to buy cars.

“From there I began engaging suppliers and it is during this period that I learnt to grade cars to an extent that whatever we certify now, we are sure it won’t give our clients problems.

“The future should see us go across borders and open shops. We are targeting service centres where we not only sell but maintain the cars,” he said.